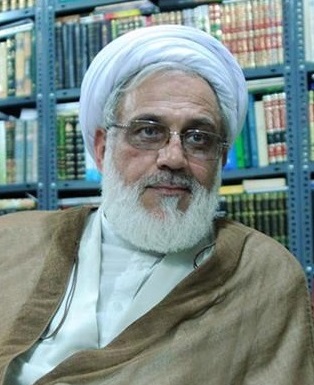 I was born in 1338 H.S. After graduating from elementary school and high school in Najaf’s Alawi school and Baghdad’s Sherafat school, I began studying religious studies in 1356, and I came to the lessons of following professors: my father, (in the field of Logic and Sharaye and Sharh of Loma’a) Haj Sheikh Abbas Naeini (Ma’alem and Osul of Late Muzaffar), Haj Seyyed Abbas Modarresari Yazdi (Mokasib Maharmah), Haj Sheikh Abolhassan Anvar Zanjani (Bay, Khiyarat and Kifayah).

Then I came to the lessons of the great Ayatullahs: Seyyed Ali Beheshti (Osul), Seyyed Nasrullah Mustanbat (Osul), and Ayatullah Khoyi (Fighh, Mozarea, Mosaghat and Zeman), and I received a lot of benefits. After immigrating to Iran in 1363, I continued to study at Tehran University and obtained masters in law. I now attend the Fighh and Osul of Ayatullah Vahid Khorasani and Fighh of Ayatullah Mirza Javad Tabrizi(currently he passed away). In recent years, I have been attending the lessons of Osul of Ayatullah Seyyed Mohammad Rohani and the book of Asfar from Ayatollah Javadi Amoli, and I have benefited greatly. Now, in addition to studying, I teach Sharaye, the Sarh of Luma, Osul, Halaghat of Sadr, Rasael and Makaseb, which continue.

Some of the published works:

Mecca and Medina from the views of foreign tourists

The history of Qom

Investigating the effects of Imam Hussain’s (AS)…

mustafa askari 1 min ago
The Infallibles

What is the meaning of Tawassul to Ahlul-Bayt (AS)?