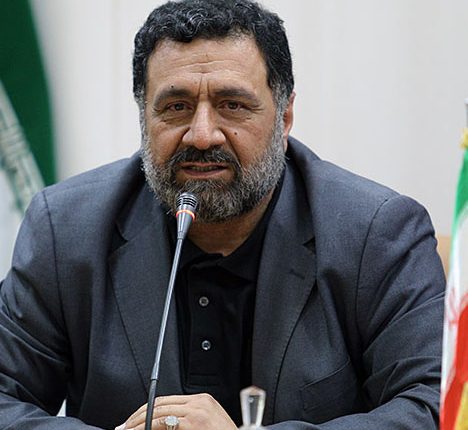 Dr. Ayat Peyman was born in 1960 in Kohkeluyah and Boyer Ahmad province, Iran in a religious farmer family who were trusted by the people. He passed his elementary and guidance and high school in the same province and then he moved to other cities including Ahvaz, Arak, Shiraz, Qom for the higher studies. He was retired after 33 years of success in more than 100 provincial and national positions and being elected 11 times and acknowledged as the sample in national scale and being acknowledged tens of times by different responsible individuals and institutes. Now he is the director responsible of the council of religious researchers in Qom and Tehran and the head of “Worldly Assembly for Shia Studies” and simultaneously important international responsibilities and scientific effective collaborations and propagations.

He had different responsibilities in educational and social and religious affairs in the provinces of Kohkolyah and Boyer Ahmad, Fars, Qom and Tehran. He had the effective role during the 8 years of war between Iran and Iraq and also in the transformation of cultural management in Qom and the ministry of culture and guidance. After these responsibilities he has had the constant presence in European and American and African and many Asian countries and he experienced successfully the precious scientific and cultural and religious activities in support of Islamic centers and mosques and the actives of Shia and those who have come from Non-Shia background with the cooperation with the related institutes.

He because of having he independent and valuble position, is trusted by the grand Ayatollah and Islamic scolars and the great promnnet figures of Iran and the elites and actives of Shia inside and outside Iran. He has been in the path of Imam Khomeini and revolutionary struggles since the summer of the year 1979. In all these years with difrent ups and downs of these last three decades he eagerly and sincerely has been serving Islamic government through accepting various responsibilities and he was and is away from factional and group affiliation, adopting the moderate and noble Quranic path he has been among the sincere and committed criticizers who are faithful to the values of Islamic revolutions. He has had a unifier personality in the recent decades in different period of presidency of Islamic revolution.

He has been benefited from different gret Islamic scholars such as Ayatoolah Moravvej, Shustari, Qeraati, Qadiri, Ali Safaee Haeri, Hussain Ansarian, Ibrahim Amini, Mohammad Hadi Marefat, Jafar Sobhani, Jannati Shahrudi, Karimi Jahromi, Javadi Amoli, Fazel Lankarani, etc. and he has received his P.H.D in the field of management and educational planning in the year 1393 H.S from the university of America.

Some of his positions:

The sample server of the holy Quran in the year 1377 H.S

The sample server of culture and guidance ministry in the years 1386, 1388 H.S

Some of scientific and research backgrounds:

Attending and cooperating for holding more than 140 scientific and research and educational and managerial conferences inside and outside Iran.

Some of the most important current responsibilities

The supervisor of Shia Studies in the religion department of George Washington University, U.S.A

The head of “Worldly Assembly for Shia Studies”

The member of though room and the managing board of the charity institute of Al-Zahra (a.s)

Author and researcher and journalist

Some of his former responsibilities:

The responsible for theological teachings of the army of Islamic revolution

The cultural advisor for 4 provincial governor

The deputy of the minister of culture and guidance in UNESCO

Some of the published essays:

Carelessness to the position and root of research in our society

Speak with justice or generosity?

We and what we have done to the mosque

Are we Muslim or liberal?

The revolution of the web, religion research and our duty

The result of three successive journey to U.S.A

Introduction of the World Center for Shiite Studies

Shia 4 weeks ago
The Infallibles

Why Imam Hussain (A.S) rejected to take the oath of…

mustafa askari 1 month ago
The Quran

Event of Ashura & the Quranic Principles